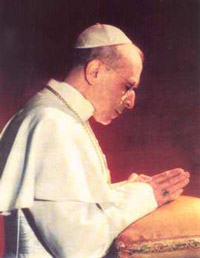 Studied at the Pontifical Gregorian University in Rome. Ordained on 2 April 1899. Staff member of the Sacred Congregation of Extraordinary Ecclesiastical Affairs from 1901 to 1911. From 1904 to 1916 he assisted Cardinal Gasparri in his work to codify canon law. Undersecretary of the Congregation of Extraordinary Ecclesiastical Affairs on 7 March 1911; secretary on 1 February 1914. Appointed Apostolic Nuncio in Bavaria and titular archbishop of Sardes by Pope Benedict XV on 20 April 1917 Apostolic Nuncio in Germany on 22 June 1920. Created cardinal-priest on 16 December 1929 by Pope Pius XI. Appointed Secretary of State for Vatican City on 9 February 1930. Archpriest of Saint Peter’s basilica on 25 March 1930. Grand Chancellor of the Pontifical Institute of Christian Archeology on 10 March 1932. Papal legate to the 32nd International Eucharistic Congress in Buenos Aires, Argentina on 16 September 1934. Camerlengo of the Holy Roman Church on 1 April 1935. Papal legate to the 34th International Eucharistic Congress in Budapest, Hungary on 12 May 1938. During the years that preceeded the Second World War, he arranged concordants with Bavaria, Prussia, Austria and Germany, and made diplomatic visits throughout Europe and the Americas, including an extensive visit to the United States in 1936. On 2 March 1939, Eugenio Pacelli was chosen the 260th pope, the first Secretary of State to be elected since Clement IX in 1667.

Worked for peace both before and throughout World War II. On 24 December 1942 and 2 June 1943, he forcefully denounced the extermination of peoples on account of race. Through the Pontifical Aid Commission, Pius XII operated a vast program of relief to the victims of the war on both sides, but especially to the Jewish people. When Hitler occupied Rome on 10 September 1943, after the fall of the Italian government, the Pope opened Vatican City to Jewish refugees. It is estimated that Pius XII aided more than 1,500,000 refugees, including Jews, throughout the war, especially by granting them Vatican citizenship. Under his encouragement, a vast underground of priests, religious, and laity throughout Italy, served as a pipeline to save Jews and non-Jews alike from the Nazi government. His efforts were so sucessful that the leader of the Jewish community in Rome praised him, and after the war himself converted to Roman Catholicism.

* 9 October 1958 at Castelgandolfo, Vatican City of natural causes * buried in the grotto of Saint Peter’s basilica

Inspired by the grace of God, we join the saints in honouring the holy virgin Frances Xavier Cabrini. She was a humble woman who became outstanding not because she was famous or rich or powerful, but because she lived a virtuous life. From the tender years of her youth, she kept her innocence as white as a lily and preserved it carefully with the thorns of penitence; as the years progressed, she was moved by a certain instinct and supernatural zeal to dedicate her whole life to the service and greater glory of God. She welcomed delinquent youths into safe homes, and taught them to live upright and holy lives. She consoled those who were in prison, and recalled to them the hope of eternal life. She encouraged prisoners to reform themselves, and to live honest lives. She comforted the sick and the infirm in the hospitals, and diligently cared for them. She extended a friendly and helping hand especially to immigrants, and offered them necessary shelter and relief, for having left their homeland behind, they were wandering about in a foreign land with no place to turn for help. Because of their condition, she saw that they were in danger of deserting the practice of Christian virtues and their Catholic faith. Undoubtedly she accomplished all this through the faith which was always so vibrant and alive in her heart; through the divine love which burned within her; and finally, through constant prayer by which she was so closely united with God from whom she humbly asked and obtained whatever her human weakness could not obtain. - from a homily at the Canonization of Saint Frances Xavier Cabrini by Pope Pius XII

It is well known how this young girl had to face a bitter struggle with no way to defend herself. Without warning a vicious stranger burst upon her, bent on raping her and destrying her childlike purity. In that moment of crisis she could have spoken to her Redeemer in the words of that classic, The Imitation of Christ: “Though tested and plagued by a host of misfortunes, I have no fear so long as your grace is with me. It is my strength, stronger than any adversary; it helps me and give me guidance.” With splendid courage she surrendered herself to God and his grace and so gave her life to protect her virginity. The life of a simple girl - I shall concern myself only with highlights - we can see as worthy of heaven. Even today people can look upon it with admiration and respect. Parents can learn from her story how to raise their God-given children in virtue, courage, and holiness; they can learn to train them in the Catholic faith so that, when put to the test, God’s grace will support them and they will come through undefeated, unscathed, and untarnished. From Maria’s story carefree children and young people with their zest for life can learn not to be led astray by attractive pleasures which are not only ephemeral and empty but also sinful. Instead they can fix their sights on achieving Christian moral perfection, however difficult that course may prove. With determination and god’s help all of us can attain that goal by persistent effort and prayer. Not all of us are expected to die a martyr’s death, but we are all called to the pursuit of Christian virtue. So let us all, with God’s grace, strive to reach the goal that the example of the virgin martyr, Saint Maria Goretti, sets before us. Through her prayers to the Redeemer may all of us, each in his own way, joyfully try to follow the inspiring example of Maria Goretti who now enjoys eternal happiness in heaven. - from a homily by Pope Pius XII at the canonization of Saint Maria Goretti
Popes