The conclave is an assembly of all the Cardinals of the Catholic Church which privately selects the next Pope in the event of a vacancy.

The term "conclave" can also be used to refer to any private assembly, although its primary connotation is to the Papal conclave.

A papal election is the method by which the Roman Catholic Church fills the office of Bishop of Rome, whose incumbent is known as the Pope, the head of the Church. The electors, when locked together in a room for this purpose, form a conclave, (from the Latin cum clave "with a key") which they are not permitted to leave until a new Pope is elected. Conclaves have been employed since the Second Council of Lyons decreed in 1274 that the electors should meet in seclusion. In modern times they have been held in the Sistine Chapel in the Palace of the Vatican. The 1492 conclave was the first to be held in the Sistine Chapel, the site of all conclaves since 1878.

Since the year 1061, the College of Cardinals has served as the sole body charged with the election of the Pope, the source of the term Prince of the church for cardinals. In earlier times, members of the clergy and the people of Rome were entitled to participate, in much the same way as the laity helped determine the choice of bishops throughout the Catholic Church during this early period. Popes may make rules relating to election procedures; they may determine the composition of the electoral body, replacing the entire College of Cardinals if they were to so choose.

Since the Apostolic Age, the Bishop of Rome, like other bishops, was chosen by the consensus of the clergy and laity of the diocese. The body of electors was more precisely defined when, in 1059, the College of Cardinals was designated the sole body of electors. Since then, other details of the process have developed. A majority of the vote is required to elect the new pope, which also requires acceptance from the person elected.

There have been 104 papal elections that have produced popes recognized by the Catholic Church as legitimate, and 6 modern anti-papal elections producing antipopes widely recognized as legitimate successors in our times that, although recognized by the world as legitimate successors of Peter, are not. There was no fixed process for papal succession before 1059 and popes were often selected with substantial secular involvement, if not outright appointment. Since the promulgation of In nomine Domini (1059), however, suffrage has been limited to the College of Cardinals.

Papal elections from the 11th to the 21st Centuries

Elections that elected papal claimants currently regarded by the Catholic Church as antipopes are italicized.

Epikeia is needed for getting the next pope

When there is no pope and hence the Holy See is vacant, the current law decrees that cardinals must elect the next pope:

Constitutio of Pope Pius XII, Vacantis Apostolicae Sedis, December 8, 1945: “The right to elect the future Pope belongs solely to the Sacred College of Cardinals to the exclusion of any intervention by any other civil or ecclesiastical authority or dignity, or even by a General Council, which, if it is in session at the time, is ipso facto suspended on the death of the Pope until reconvened by the new Pope.” (AAS 38, 1946, p. 76.)

The law that decrees how the Catholic Church fills the vacant Holy See with a pope is a disciplinary law that can and has changed. By a past law a pope appointed his successor. And by another past law Catholic bishops, priests, and laymen elected the next pope:

Catholic Encyclopedia, Pope, 1907: “A brief historical review will show how the principle of election by the Roman Church has been maintained through all the vicissitudes of papal elections. St. Cyprian tells us in regard to the election of Pope St. Cornelius (251) that the comprovincial bishops, the clergy, and the people all took part in it: ‘He was made bishop by the decree of God and of His Church, by the testimony of nearly all the clergy, by the college of aged bishops [sacerdotum], and of good men’ (Ep. Iv ad Anton., n. 8). And a precisely similar ground is alleged by the Roman priests in their letter to Emperor Honorius regarding the validity of the election of Boniface I (A. D. 418; P. L., XX, 750).”

In regard to the current law, the dilemma of the possible loss of all the cardinals was addressed and the solution was to observe extinct laws by which the whole Church or the Roman clergy would then elect the next pope:

Francisco de Vitoria (1480-1546), De Potestate Ecclesiae: “If by any calamity, war or plague, all Cardinals would be lacking, we cannot doubt that the Church could provide for herself a Holy Father. Hence such an election should be carried by all the Church and not by any particular Church. And this is because that power is common and it concerns the whole Church. So it must be the duty of the whole Church.”

Catholic Encyclopedia, Pope, 1907: “Should the college of cardinals ever become extinct, the duty of choosing a supreme pastor would fall, not on the bishops assembled in council, but upon the remaining Roman clergy. At the time of the Council of Trent Pius IV, thinking it possible that in the event of his death the council might lay some claim to the right, insisted on this point in a consistorial allocution.”

We live in the time predicted by the ancient Fathers, St. Francis de Sales, and others when the Church, for a time, would seemingly disappear. Only God can resolve this situation, when and in whatever manner He chooses.

"Now when he [the Pope] is explicitly a heretic, he falls ipso facto from his dignity and out of the Church..." St. Francis De Sales (17th century), Catholic Doctor of the Church, The Catholic Controversy, pp. 305-306 : The Catholic Teaching that a heretic cannot be a valid pope and loses the papal office automatically [link to section] 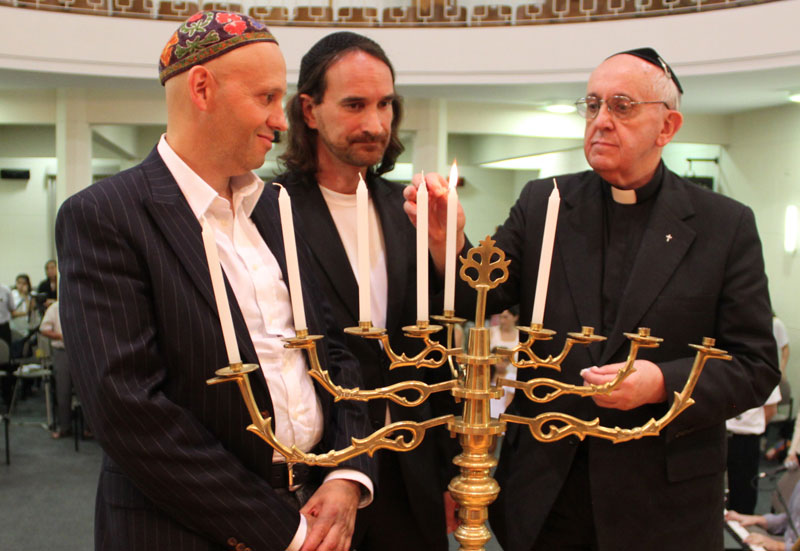 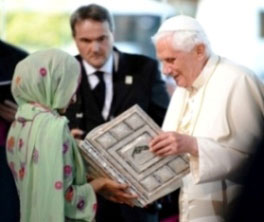 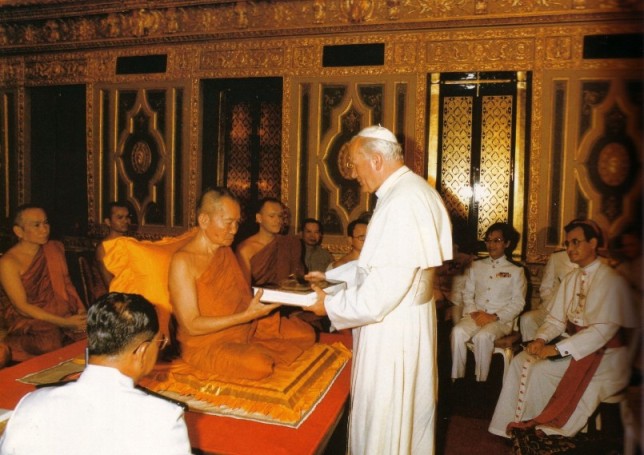 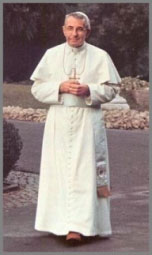 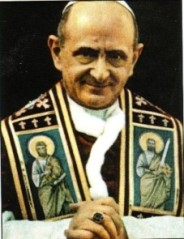 There have been 260 valid popes in Catholic history, and more than 40 antipopes (i.e., men who posed as popes but had not been truly elected). There have been more than 200 papal vacancies (periods without a pope). The facts available on this website (see links) prove that the last six men who have claimed be popes – Francis I, Benedict XVI, John Paul II, John Paul I, Paul VI and John XXIII, the men who brought in Vatican II – have been and are antipopes. We prove that they are/were manifest heretics and not true Catholics. This section defends Catholic teaching and the teaching of the true popes; it exposes manifestly heretical antipopes who have been falsely posing as leaders of the Catholic Church.

Paul VI (manifest heretic who claimed to be Pope 1963-1978) [link to section] - A complete exposé of the heresies of Paul VI, the man who brought in Vatican II and the New Mass

The Scandals and Heresies of John XXIII [link to section]

The Scandals and Heresies of John Paul I [link to section]

Responses to 19 of the Most Common Objections Against Sedevacantism [link to section] - Sedevacantism is the position that the Chair of Peter is presently vacant… This section proves that what is said on this website is perfectly compatible with all Catholic teachings, papal dogmas, the indefectibility of the Catholic Church, the indefectibility of the papal office, Christ’s promises to be with His Church, etc.

A complete list of the 42 antipopes in Church history [link to section] - In Catholic history there have been 260 valid popes, starting with St. Peter, and 42 antipopes – that is, men who claimed to be true popes but were not… some of them reigned in Rome for periods of time

St. Robert Bellarmine, De Romano Pontifice, II, 30: "A pope who is a manifest heretic automatically (per se) ceases to be pope and head, just as he ceases automatically to be a Christian and a member of the Church. Wherefore, he can be judged and punished by the Church. This is the teaching of all the ancient Fathers who teach that manifest heretics immediately lose all jurisdiction."

St. Francis De Sales (17th century), Doctor of the Church, The Catholic Controversy, pp. 305-306 : "Now when he [the Pope] is explicitly a heretic, he falls ipso facto from his dignity and out of the Church..."

Read Book: The Truth about What Really Happened to the Catholic Church after Vatican II