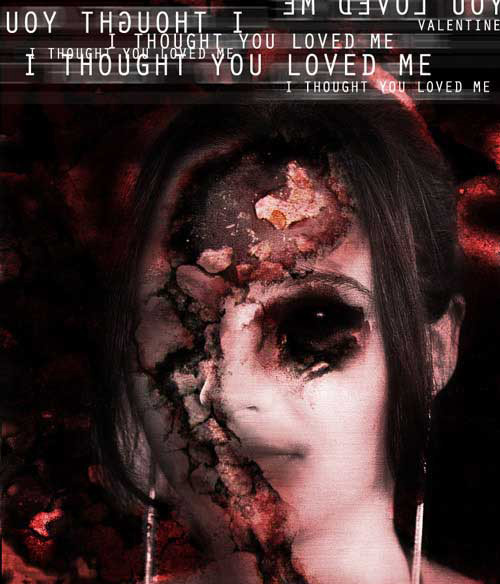 "Your beauty should not come from outward adornment, such as braided hair and the wearing of gold jewelry and fine clothes. Instead, it should be that of your inner self, the unfading beauty of a gentle and quiet spirit, which is of great worth in God's sight. For this is the way the holy women [and men] of the past who put their hope in God used to make themselves beautiful." (1 Peter 3:3-6)

Our Lady of Fatima: "The sins of the world are too great! The sins which lead most souls to hell are sins of the flesh! Certain fashions are going to be introduced which will offend Our Lord very much. Those who serve God should not follow these fashions. The Church has no fashions; Our Lord is always the same. Many marriages are not good; they do not please Our Lord and are not of God."

"Your beauty should not come from outward adornment, such as braided hair and the wearing of gold jewelry and fine clothes. Instead, it should be that of your inner self, the unfading beauty of a gentle and quiet spirit, which is of great worth in God's sight. For this is the way the holy women [and men] of the past who put their hope in God used to make themselves beautiful." (1 Peter 3:3-6)

The divine authority of God’s word demands that you always dress humbly by not wearing tight clothes that show your breasts or your behind or by showing too much skin that leads to temptation, and that you also abstain from using any kind of makeup, jewelry, and accessories (except for Rosaries or Brown Scapulars and the like which is a very great way to protect oneself against the devil) in order not to give a bad example or tempt your neighbor into carnal lust and sin. For every single person you have tempted with your immodest appearance will demand that God executes his righteous vengeance on you since you tempted them into lustful thoughts!

Our Lord Jesus Christ teaches in St. Bridget’s revelations, that all who uses make-up or immodest clothing will be especially tormented for every single person that have seen them in their entire life unless they amend before the moment of their death, which is, sad to say, impossible to know when it will be. That can be thousands and thousands of people executing vengeance on you in hell for all eternity! What a horror! That of course means you cannot go and bathe in public since that would be even more immodest and immoral! The world has indeed changed very much the last 100-200 years; yet, no one should think that he could do these things just because they are universally accepted. Do you want to go with the majority? Then, sadly, Hell awaits you for all eternity!

"A woman shall not wear anything that pertains to a man, nor shall a man put on a woman's garment; for whoever does these things is an abomination to the LORD your God." (Deut 22:5).

Women should not dress or act like men, for this is an abomination in God's eyes. God created the human race with two genders, intending each to have his and her proper place in Creation. Men and women are not meant to behave or dress the same manner. Part of the beauty of the human race is found in the differences between men and women. We each live within a larger society. We are each influenced by the culture around us. Yet society and culture often teach us false things, which lead us away from God. Most women (at least in Western society and culture) dress and act very much like men. They seek the same roles in society, the family, and the Church. They are following a popular teaching of our culture today, that women and men are meant to have the same roles, and especially that women are meant to take up roles formerly held only or mainly by men. They are displaying their adherence to this teaching by dressing like men. This teaching of our culture is contrary to the teaching of Christ.

God wants men and women to act and dress according to their gender and the place God has given each one in Creation. Clothing and hairstyles are expressions of one's thoughts, behavior, and attitude. Women are not meant to behave like men, nor to have the same roles as men, therefore they should not dress or groom themselves like men. And vise versa.

"Think not that I have come to abolish the law and the prophets; I have not come to abolish them but to fulfil them. For truly, I say to you, till heaven and earth pass away, not an iota, not a dot, will pass from the law until all is accomplished. Whoever then relaxes one of the least of these commandments and teaches men so, shall be called least in the kingdom of heaven; but he who does them and teaches them shall be called great in the kingdom of heaven." (Mt 5:17-19).

Saint Padre Pio used to refuse to hear the confession of women who were wearing pants or an immodest dress.

1 Timothy 2:9: “In like manner I wish women also in decent apparel: adorning themselves with modesty and sobriety…”

Galatians 5:19: “Now the works of the flesh are manifest, which are fornication, uncleanness, immodesty…”

Padre Pio had strong views on female fashions in dress. When the mini-skirt craze started, no one dared to come to Padre Pio’s monastery dressed in such an inappropriate fashion. Other women came not in mini skirts, but in skirts that were shortish. Padre Pio got very upset about this as well.

Padre Pio tolerated neither tight skirts nor short or low-necked dresses. He also forbade his spiritual daughters to wear transparent stockings. He would dismiss women from the confessional, even before they got inside, if he discerned their dress to be inappropriate. Many mornings he drove one out after another – ending up hearing only very few confessions. He also had a sign fastened to the church door, declaring: “By Padre Pio’s explicit wish, women must enter his confessional wearing skirts at least eight inches (20 cm) below the knees. It is forbidden to borrow longer dresses in church and to wear them for the confessional.”

Padre Pio would rebuke some women with the words, “Go and get dressed.” He would at times add: “Clowns!” He wouldn’t give anyone a pass, whether they were people he met or saw the first time, or long-time spiritual daughters. In many cases, the skirts were many inches below the knees, but still weren’t long enough for Padre Pio! Boys and men also had to wear long trousers, if they didn’t want to be kicked out of the church.

The immodest have in truth a special place in hell waiting for them since they are the source of the most abominable sins of the flesh, as St. Paul teaches us in First Corinthians,

“Fly fornication. Every sin that a man doth, is without the body; but he that committeth fornication, sinneth against his own body!” (1 Cor 18)

This should of course be understood in the sense of literal fornication as well as fornication in the mind which also is a mortal and damnable sin! You will be held accountable for every eye that have seen you if you use make-up or immodest clothing. That can account for thousands and thousands of people executing vengeance on you in hell for all eternity! Even if you don't use any make-up or dress vainly, God will still judge you to hell if you take delight in vain thoughts or have vain opinions of yourself. If a single thought can damn a person, how much more should tempters with immodest clothing and makeup be damned! This accounts for all kinds of makeup a person may use for vanity. How abominable to want to be accepted for your appearance rather than for your opinions! Oh, vanity, you shall soon rot in the grave, but your soul shall burn for ever more in hell since you thought to make your exterior beautiful, and, in so doing, perverted your interior.

If you want to read more important spiritual information to save your soul please click here.
Home